To share your memory on the wall of Barbara Ward, sign in using one of the following options:

Barbara had the gift of creativity including a love for sewing, gardening, and music. She enjoyed singing in multiple choirs over the years, including the St. Agnes Church Choir and the Milwaukee Archdiocesan Choir. She lived a life of service as a registered nurse, a Girl Scout leader, a poll worker in the Village of Butler, and a volunteer in her parish church.

In her later years, Barbara found great joy in her community at Hart Park Square in Wauwatosa. She enjoyed the opportunities for crafts, choir, good friends and even participated in Wii Bowling until two weeks before her death.

Barbara’s family would like to extend special thanks to the staff at Froedtert Hospital and Seasons Hospice for offering guidance, comfort, and support over the past two weeks. Loving thanks also to the team at Hart Park Square Senior Community for supporting Barbara during these final rich years of her life.

A Memorial Mass will be held on Saturday, September 14, at 1:30 pm at Hart Park Square, 6600 W. River Parkway, Wauwatosa. The family will receive guests from 12:30 pm until the time of the Memorial Mass at 1:30 pm. Barbara’s burial will be private. Memorials on Barbara’s behalf can be made to Alverno College’s Barbara Ward Nursing Scholarship.
Read Less

To send flowers to the family or plant a tree in memory of Barbara J Ward, please visit our Heartfelt Sympathies Store.

Receive notifications about information and event scheduling for Barbara

We encourage you to share your most beloved memories of Barbara here, so that the family and other loved ones can always see it. You can upload cherished photographs, or share your favorite stories, and can even comment on those shared by others.

Joyce and Chris sent flowers to the family of Barbara J Ward.
Show you care by sending flowers

Posted Sep 13, 2019 at 07:08pm
Sending our love and prayers to you and your family. May your mother rest eternally in joy and peace. Love, Joyce and Chris.

Joyce and Chris purchased the Blooming Garden Basket for the family of Barbara Ward. Send Flowers 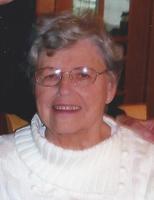