To share your memory on the wall of Carol Orlandi, sign in using one of the following options:

We encourage you to share your most beloved memories of Carol here, so that the family and other loved ones can always see it. You can upload cherished photographs, or share your favorite stories, and can even comment on those shared by others.

Posted Dec 19, 2019 at 11:22am
I will remember Carol as a fine, dedicated teacher who genuinely cared about her students. I admired her willingness to learn about computers in the 90s and to incorporate them into her lessons. I also found her love of and interest in different types of music to be fascinating. I'm glad I had the opportunity to work with her at Vincent High School.
Comment Share
Share via:

Posted Dec 08, 2019 at 11:03am
Aunt Carol was so loving and selfless. She was taught very well by my Grandmother. I'm so glad to have come from a line of very strong women. She never forgot a birthday and didn't just send a card, but would send flowers, wine baskets and chocolates! Every year at Christmas, we got a package of small gifts and an advent calendar. I will miss these traditions...not so much for the gifts, but for the kind thoughts that were behind these grand gestures of kindness. She even sent flowers to my daughter when she had surgery last year. I am so grateful to have had Aunt Carol in my life and that she lived for 74 wonderful years and 40 plus of those with a man who loved her through sickness and in health through her very final days. What a beautiful show of love I saw when I visited last month. Posted Dec 07, 2019 at 04:13pm
Carol, I want to thank you for the pleasant way you welcomed me into your family. Now remembering the times we had as we talked about the Lord Jesus Christ and our mutual love for Him. You will always be to me a precious memory, full of love, with a welcoming smile. Our trip with you and Victor, Kathy and myself made through the Salt River Canyon when you visited AZ always stands out when I think of good time. This was posted by Pastor William Perry.
K

This was posted by Pastor William Perry.
K

This was posted by Pastor William Perry.
3 Comments | Show All
K

Posted Dec 07, 2019 at 04:08pm
Memories, Memories, Memories... Remembering Carol: as a child, growing up, into adulthood, a truly a great and loving big sister! You will be forever in my mind and in my heart. I feel comfortable knowing that you are now with the Lord Jesus Whom you love so much. Carol, I look forward to seeing you again one day. Love forever, your sister, Kathy I love this picture so much! 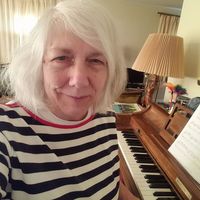 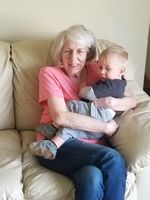 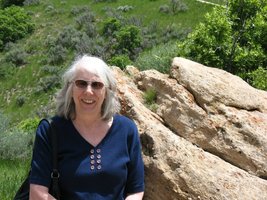