To share your memory on the wall of Daniel Benson, sign in using one of the following options:

Provide comfort for the family of Daniel Benson with a meaningful gesture of sympathy.

Dan was born in Milwaukee. After graduating from West Division High School, he served in the Army-Air Force during WWII. He continued with the Army Reserves until retiring as a full Colonel after 34 years of service.

Following the war, Dan attended Milwaukee State Teachers College (now UW-Milwaukee), where he majored in education and excelled in sports. He started working for the Wauwatosa School District in 1951, first at Hawthorne Junior High and then at Wauwatosa West, teaching biology and coaching football, cross country, basketball, and track.

Dan’s true love in sports was coaching track and field. As head coach from 1961-1987, he established the Trojan Athletic Club Track Invitational (now the Dan Benson Invitational). In 2019, the invite celebrates its 40th year.

Dan was named the Journal/Sentinel Coach of the Year in 1984 and was inducted to the UWM Athletic Hall of Fame in 1981. In 2002, he was inducted into the Wisconsin Swim & Diving Association Hall of Fame for his service as a top-rate swim official from 1952-1996.

After retirement, Dan and Joyce spent many years traveling the world, golfing and socializing at their condo in Fort Myers, Florida, and attending their grandkids’ various activities.

A man of faith, Dan strongly believed in love of God, family, and service. His impact on teenagers both in the classroom and on the field of competition was great.

A visitation will be held on Tuesday, February 19th from 9-11 AM with a funeral mass and military honors to follow at Saint John Vianney Catholic Church, 1755 N. Calhoun Road, Brookfield. The family suggests that in lieu of flowers, a donation be made to Tosa West Athletic Booster Club or Metro Swimming Officials Association Memorial Award.
Read Less

Receive notifications about information and event scheduling for Daniel

We encourage you to share your most beloved memories of Daniel here, so that the family and other loved ones can always see it. You can upload cherished photographs, or share your favorite stories, and can even comment on those shared by others.

Posted Mar 23, 2019 at 11:22pm
Couch benson was one of my role models growing up, he instilled in me a desire to do the best I could at everything I do. He was a great man.
Comment Share
Share via:
JG

Posted Feb 19, 2019 at 11:26am
Your family is in our thoughts and prayers. I am so sorry for your loss. -Brian's work family, the Neurocritical Care Nurse Practitioners.
Comment Share
Share via:
BA

Posted Feb 18, 2019 at 10:59pm
Peace to all of the Benson families. Coach Benson was a true role model for us lucky Wauwatosa kids. Baton is passed, not to be cliche, just precise in life's relay which Colonel Benson always shared with our quest to improve oneselve and in team work. Lets celebrate.....life! Benny style:)

Posted Feb 18, 2019 at 02:26pm
With love and consolences to the entire Benson family in the loss of both Dan and Joyce Benson.

Posted Feb 16, 2019 at 08:47pm
Truly privileged to have crossed paths with Dan and Joyce, they had an impact on my family more than they may have known..... May God bless their souls, and bring peace to their family...
Comment Share
Share via: 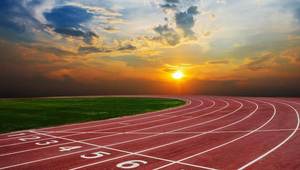