To share your memory on the wall of Daniel Consiglio, sign in using one of the following options:

He is survived by his son Adam (Nicki) of Brookfield, daughter Nicole (Dave) Grevenow of Menomonee Falls, and daughter Gina of Phoenix, AZ. Grandpa to Brianna, Shayna and Claudia Stein, Madeline and Matthew Consiglio, Riana and Jack Wolosek. He is further survived by numerous nephews, nieces and other family and friends.

A memorial gathering will be held at the Schramka Funeral Home, 13220 W. Capitol Drive, Brookfield on Friday, November 6 from 5-7 PM. You are asked to wear any Wisconsin sport related clothes. Dan was always a causal dresser and hated formal wear.

Dan and his wife Karen’s final resting place will be at Resurrection Cemetery. A private burial for the family will be held at the cemetery.

In lieu of flowers- donations to the family are appreciated.
PayPal- Adam.consiglio@yahoo.com
Venmo- Nicole-grevenow
Read Less

To send flowers to the family or plant a tree in memory of Daniel J. Consiglio, please visit our Heartfelt Sympathies Store.

Receive notifications about information and event scheduling for Daniel

We encourage you to share your most beloved memories of Daniel here, so that the family and other loved ones can always see it. You can upload cherished photographs, or share your favorite stories, and can even comment on those shared by others.

Posted Nov 04, 2020 at 03:59pm
I am thinking of your family at this sad time. May your hearts heal with the knowledge that he is looking over you today with love. 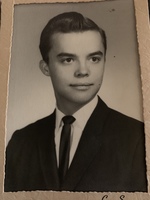 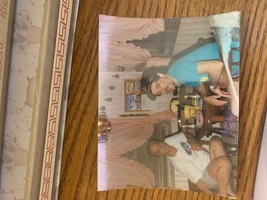