To share your memory on the wall of Earl Krahn, sign in using one of the following options:

Provide comfort for the family of Earl Krahn with a meaningful gesture of sympathy.

Earl proudly served in the Army Air Force, 316th Bomb Wing becoming a bombardier aboard B-29 aircraft. He was stationed in the Pacific from March 1943 to Oct. 1946. He was honored to receive the Distinguished Unit Medal, the Asiatic-Pacific Campaign Medal and the WWII Victory Medal. After his discharge he graduated from Marquette University in 1951 with a degree in Mechanical Engineering and a minor in Fluid Mechanics and Heat Powers. Early in his career Earl worked on a project for the Nuclear Power Commission (formerly known as the Manhattan Project) in Oak Ridge, Tennessee. His project included applying compressor designs for the task of separating uranium. Earl was a successful engineer for forty years employed by Allis Chalmers, Nordberg Manufacturing, Fairbanks Morse Company, Joy Manufacturing and Milwaukee Bearing and Machining (Fusion Bearing). Earl was instrumental in the design of tilting pad bearings used in high-speed applications such as turbines.

Earl was a member of the National Society of Professional Engineers. Earl retired in 1991 to his home of fifty-two years located in the shadows of a holy hill. Earl enjoyed golfing with a loyal group of buddies, who golfed all over southeastern Wisconsin. He was also an avid bowler for many years, bowling a 700 series in 1960. He deeply loved his wife, Oralee and was proud of his eight children and was generous in his praise and encouragement to his grandchildren. Earl was rich in kindness, compassionate and was gifted with an infectious laugh and quick wit. He loved to tell stories and inevitably began laughing before the story was concluded, causing everyone to start laughing too. He was a gentle and loving protector of his family. An extraordinary sense of optimism accompanied his unwavering faith in God which complemented every part of his life.

Earl attended St. Aloysius Catholic Elementary School in West Allis, Wisconsin and was in the first graduating class of Nathan Hale High School in 1942, also located in West Allis. Earl was a member of St. Gabriel’s Catholic Parish since 1967. Earl was a member of VFW Germantown Post #9202 and American Legion Post 522. Earl was a frequent visitor at the 1022 Club in Hartford which he held in the highest esteem. Earl was a stable presence, a kind soul and an honorable gentleman who believed we all were on the same team.
Earl was preceded in death by his parents, his wife, Oralee, two sons, Brian Joseph Krahn and Robert Earl Krahn, two grandsons, Turner Krahn and Kyle Turner and two sons-in law, Gordon Conant and Bruce Gengler.

He is survived by his children; Cindy Gengler, Donna Conant, Gary Krahn, Gayle Krahn, Jenean (Darrell) Hamilton, Warren Krahn and Lorraine (Robert) Riedl and a daughter-in-law, Sandy Krahn. He is further survived by many grandchildren, great grandchildren, nieces, nephews and cousins.
A visitation will be held on Tuesday, February 12, 2019 from 10:00 AM, until the time of the 12:00 PM Funeral Mass at St. Gabriel’s Catholic Church (1200 Saint Gabriel Way, Hubertus, WI with the Rev. Timothy Bickel and Deacon Robert Riedl officiating. Interment at St. Hubert’s Cemetery to follow. Full Military Honors will be conducted.

Thank you to the staff at Serenity Hospice, Right At Home and the 1022 Club in Hartford, and to the drivers of the Washington County Shared-Ride Taxi especially Wayne and Brenda who fearlessly braved our driveway in the winter months.
Read Less

Receive notifications about information and event scheduling for Earl

We encourage you to share your most beloved memories of Earl here, so that the family and other loved ones can always see it. You can upload cherished photographs, or share your favorite stories, and can even comment on those shared by others.

Wayne purchased flowers for the family of Earl Krahn.

1022 Club purchased flowers for the family of Earl Krahn.

Posted Feb 10, 2019 at 03:19pm
Sorry to learn of Earl’s passing. I was always impressed by his love of family . He is home now with those who went before
Comment Share
Share via:
JF

Posted Feb 10, 2019 at 09:40am
It’s been a long time since I’ve seen Earl, thinking about him now brings up a lot of memories as far back as four decades. Earl was the real deal when it came to stability, honesty and morality, just a solid great guy to be associated with. To me and many others he was someone to count on for just about anything, the ultimate go-to-guy.

For me personally, as I think about Earl right now, I do get sad that he is gone but I mostly am thankful for having the opportunity of his influences, I am personally a better person in many ways as a result of knowing him. If I could say one final thing to him it would be… they don’t get any better than you Earl.

To the entire Krahn family and to those I’ve never met that were closest to Earl, please except my sincere condolences. Earl was a good man, the best there is, he will be missed but not forgotten.
Comment Share
Share via: 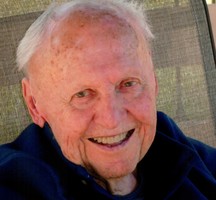