To share your memory on the wall of Eugene Baker, sign in using one of the following options:

Eugene Baker was employed at the Chicago Illinois Conrad Hilton Hotel where he met Onnie Henry. Eugene and Onnie were united into marriage March 24 1981. Eugene found his faith of the Jehovah's Witnesses in the year 1989 until the present. Eugene liked to go out in field service to talk to people about Jehovah. Eugene also liked fishing, gardening, and the outdoors was his favorite place to be. Until Eugene's departure on January 5th 2020.

Visitation will be held Saturday, January 11 from 9-10 AM at the funeral home, with funeral service to follow at 10 AM. Procession to Holy Cross Cemetery to follow the service.

Farewell Beloved Daddy, Granddaddy, Great-Granddaddy, and Great-Great Granddaddy. This is a Bitter-Sweet Time. Bitter because we will miss you. Sweet because we know that this is what you have been looking forward to and what is best for you. Your Loving Family!!!
Read Less

To plant a memorial tree in honor of Eugene Baker, please visit our Heartfelt Sympathies Store.

We encourage you to share your most beloved memories of Eugene here, so that the family and other loved ones can always see it. You can upload cherished photographs, or share your favorite stories, and can even comment on those shared by others.

The Shoreline Metro Team purchased flowers and planted a memorial tree for the family of Eugene Baker. 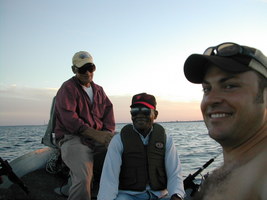 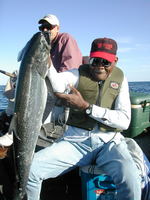 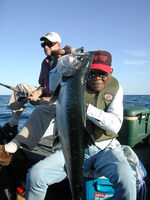