To share your memory on the wall of Marcia Hoag, sign in using one of the following options:

On Thursday February 6, 2020 Marcia was peacefully reunited with Gage, the love of her life and their three daughters, Hope, Kim & Jenny

On Thursday February 6, 2020 Marcia was peacefully reunited with Gage, the love of her life and their three daughters, Hope, Kim & Jenny

Marcia was born in Hartford, WI. She grew up, went to school, married and raised her seven children in the Milwaukee/ Wauwatosa WI area. Marcia loved to travel, taking cruises to Alaska and the Mediterranean and traveling to Sweden, Amsterdam and Ireland. Marcia was a voracious reader and enjoyed going to plays as well as enjoying a good steak with a glass of wine. Also, of course, Marcia enjoyed shopping and spoiling others.

Marcia was a strong independent woman and leader. She had a long and successful career in mentoring and motivating people. She started an auto dealership with her husband, and then began her extensive career in credit and collection. Marcia worked at Raintree Publishing, Thermal Company and Reinhardt Foods in Wisconsin.

Marcia was always ahead of her time and had an entrepreneurial spirit. In 1986 she started the Wisconsin Chapter of Links, Inc., a networking organization out of Arizona for female business owners. They would meet monthly for brunch, motivational speakers and networking.

In 1991 Marcia relocated to Phoenix, Arizona to begin a new chapter in her life. She started working as a temporary employee at Homedco making copies. Marcia then rose through the ranks to become Credit and Collections Manager. Marcia retired from Preferred Home Care, where she had many roles including Director of Reimbursements.

Mom always said her greatest accomplishments were her children. Everything she did was always with family in mind. There are so many memories, from trips to Disney World, to camping in Colorado, to funny face sandwiches and Sunday night dinners. Mom will forever be in our hearts and minds. We love you mom.

Due to the coronavirus, the family has decided to hold a private / family only celebration.

Memorial donations can be made to St. Jude’s
Read Less

To plant a memorial tree in honor of Marcia A. Hoag, please visit our Heartfelt Sympathies Store.

Receive notifications about information and event scheduling for Marcia

There are no events scheduled. You can still show your support by sending flowers directly to the family, or planting a memorial tree in memory of Marcia A. Hoag.
Plant a Tree

We encourage you to share your most beloved memories of Marcia here, so that the family and other loved ones can always see it. You can upload cherished photographs, or share your favorite stories, and can even comment on those shared by others.

Posted May 10, 2020 at 12:39am
Bon Voyage, Marcia. You will be remembered as a very classy lady who always had time for this particular "outlaw". Starting with swim suit shopping when I was 11 and continuing on with make up tips, late night wine sharing (OMG Gallo by the gallon), chatting when I needed a friend, the list goes on..........You are sorely missed.
All my love, Mary Lynn
Comment Share
Share via:
DS

Posted Feb 18, 2020 at 02:55pm
I was lucky to have Marcia teach me the ways of Medicare and Medicaid billing when I first moved to Arizona and started working for Homedco. At Preferred Homecare Marcia helped us build the A/R Department and was always someone I could trust and lean on. While I preferred to keep my birthdays secret Marcia would not have any of that and was there to make the day special. Marcia always volunteered to watch my kids when I needed a long getaway weekend with my wife. My condolences to Nicole and the entire Hoag family.
Comment Share
Share via:
LA

Posted Feb 18, 2020 at 09:22am
My thoughts and prayers are with her and her family. I was blessed to have known this lady for she was the light of my work years at Homedco and Apria Healthcare. She was my work Mom, as she used to tell me all the time. I've shared many good times with her and had so many stories. She took me under her wings and she protected me just like one of her own. She used to tell me that all Lisa's were alike, as she had a daughter with the same name. As the years past bye and like most friendships, we went our separate ways and lost touch. When I heard the news, It was like I lost a Great friend that I had forever. May God bless her family in this time of grieving for she will be Greatly missed! R.I.P. Marcia, until we meet again!
Comment Share
Share via:
BD

Posted Feb 12, 2020 at 04:59pm
On behalf of myself and the entire Dietz family, please accept our condolences on your loss. Marcia was a wonderful lady and always seemed to have a smile on her face and had a great sense of humor. I am very sorry for her passing and hope that you can find peace in this sad time. I also hope that you can find some comfort in remembering the good times you shared, of which I know there are many. Please know that my and my family's thoughts and prayers are with you all. She will be missed. God Bless.
Comment Share
Share via: 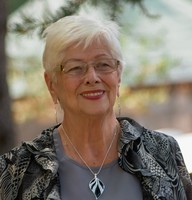