To share your memory on the wall of Mary Lou Behling, sign in using one of the following options:

Mary Lou was born October 18, 1944 to Richard and Mary Ann (Muetze) Woodruff in LaCrosse
WI. She spent an idyllic childhood in LaCrosse, surrounded by a large and loving family. Mary
Lou and her older brother Dick shared many adventures there together, and she was a doting
big sister to her brothers Tim, Mark, and Steve. Her family eventually moved to Marshalltown,
Iowa, where she attended St. Mary’s High School and met Bernie Grier, the “love of her life” ,
whom she later married in 1968. They made their home in Dubuque, IA and welcomed
daughter Laura in 1971. Bernie tragically died four days before the birth of second daughter
Melinda “Mindy” in 1974. Mary Lou and her daughters moved back to Marshalltown to be with
her parents and mother-in-law Martha. In 1976 Mary Lou reconnected with family friend Jim
Speas; they married and resided in Iowa Falls, IA, where Mary Lou raised Jim’s daughters
Jennifer and Megan as her own. As a family they spent many hours boating on the Iowa River
and Clear Lake, took many joyful ski trips to Colorado, and hosted many memorable
celebrations with family and friends. Mary Lou was an incredible homemaker. She made each
birthday for her girls special with a homemade cake and party with friends, created fun
homemade costumes every Halloween, and made every Christmas magical--baking her family’s
favorite cookies and treats, decorating every square inch of the house, and picking out each gift
she gave with thought and love. During her time in Iowa Falls, Mary Lou was an involved
member of St. Mark’s Catholic Church and participated in several social organizations where
she made many dear friends. In 1988 Jim and Mary Lou moved to Mesa, AZ, where they later
amicably ended their marriage. Mary Lou then went back to school and worked full time, first as
a physical therapy assistant and later as a home health care services coordinator. During her
time in Arizona she made numerous friends, and was the much-loved adoptive “Mom” to her
co-workers. In 2012 Mary Lou married long time friend Jim Behling her “prince in shining
armour” and they moved to Urbandale Iowa, and then eventually to Mequon WI to live near
daughter Laura, her “son” Nick, and her grandchildren Belle and Milo. She was later joined by
daughter Mindy in Mequon. Mary Lou dedicated the rest of her life to being a loving grandma,
mom, and wife. She showered her loved ones with little gifts, cards and special notes, and
brought so much happiness to us all.

Mary Lou left a legacy of love and faith--she was a truly loving and caring mom, grandma,
daughter, wife, sister, aunt, and friend. Despite the many adversities she faced in her life, she
always held a forgiving and positive attitude. Everywhere she went, people were touched by
her joyful, fun-loving, thoughtful, compassionate, and sweet soul. She will be dearly missed.

Special thanks to the doctors, nurses, and staff at Columbia St. Mary’s Ozaukee Hospital in
Mequon for their exceptional care of Mary Lou and her family during her stay there.

A Celebration of Life for Mary Lou Behling will take place Saturday, January 4 at Lumen Christi Church, 2750
W.Mequon Rd, Mequon, WI 53092. Visitation will begin at 11:00 a.m., followed by a funeral
mass at 12:00 p.m., concluding with a luncheon at the church. In lieu of flowers, please
consider a donation made in Mary Lou’s name to the Pulmonary Fibrosis Foundation (go to
https://app.mobilecause.com/vf/PFFTribute/MaryLouBehling to give) or to the Milwaukee Rescue Mission (go to
milmission.org/honors-memorials).
Read Less

We encourage you to share your most beloved memories of Mary Lou here, so that the family and other loved ones can always see it. You can upload cherished photographs, or share your favorite stories, and can even comment on those shared by others.

Posted Dec 31, 2019 at 02:53am
She always brought warmth and smiles with her. She made the world a better place. We cherish our memories of her. Sending prayers of Faith to all!

Posted Dec 20, 2019 at 01:47pm
I was so very sorry to hear of Mary Lou's passing, she was such a lovely, positive and special person, she will be missed by many. I know that those who were blessed to have her in their lives will always carry a part of her with them.
Comment Share
Share via:
CS

Posted Dec 20, 2019 at 11:54am
Lisa and I extend our condolences to family and friends, especially to Jim Behling and family. We are keeping you in our thoughts and prayers.
Comment Share
Share via:
JM 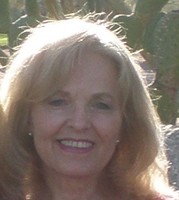 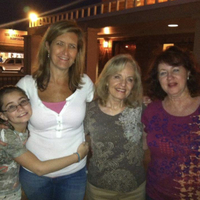 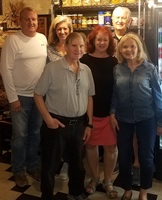