To share your memory on the wall of Michael Gonia, sign in using one of the following options:

Michael graduated from Bay View High School in 1960. He worked for the City of Milwaukee before attending UWM and graduating from the University of Wisconsin in 1968. After graduation, he worked as a design engineer for the Illinois Division of Highways and did post-graduate work at Northwestern University. In April of 1969, Michael began work at the Wisconsin Department of Transportation where he worked for over 30 years. He volunteered for the Village of Hales Corners Department of Public Works Commission for 20 years.

Michael was very active in planning his Bay View High School Class of 1960 Reunions and the Bay View Historical Society. He enjoyed spending three weeks out of the month at Three Lakes, WI on Dog Lake, and winter months on the Florida panhandle near Panama City Beach. He liked to travel and check out new bridges, tunnels, and highways as well as old train stations and train museums. Michael was an avid Badger fan. He and Beth went to the Rose Bowl three times and attended games in Tucson, Las Vegas, Hawaii, and Chapel Hill as well as at Big Ten universities.

A special thanks to the caring staffs of Ascension Sherman Cancer Center and Elmbrook Hospital, Hales Corners Care Center, and Allay Home and Hospice.

A celebration of life will be held in the spring. Memorial contributions can be made in Michael’s name to the Three Lakes Food Pantry, Bay View Historical Society, or Bay View High School.
Read Less

Receive notifications about information and event scheduling for Michael

There are no events scheduled. You can still show your support by sending flowers directly to the family, or planting a memorial tree in memory of Michael Peter Gonia.
Plant a Tree

We encourage you to share your most beloved memories of Michael here, so that the family and other loved ones can always see it. You can upload cherished photographs, or share your favorite stories, and can even comment on those shared by others.

Plant a Tree in Memory of Michael
Plant a tree 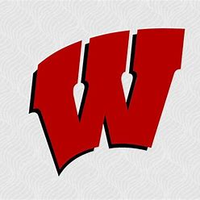