To share your memory on the wall of Mildred DeBroux, sign in using one of the following options:

She remained in Spring Lake, “Where Nature Smiles for Seven Miles” through grade school and high school and had many stories about her rambunctious brothers. After high school, she married James Rodney Hale, travelling by train with her father to Iowa where he was stationed before heading to WWII. Rod was a second Lieutenant in the Army Air Corps and served as a bombardier on a B-17 Flying Fortress. His plane was damaged by flak over Frankfurt and exploded over the North Sea. He was declared dead a year after he was lost. Tragedy though this was, it provided Mildred with the resources necessary to move to Milwaukee and obtain her degree in Dental Hygiene from Marquette University.

She met Robert (Bob) John DeBroux on a blind date and was married to him on November 24, 1951 at the Gesu Church on the Marquette University Campus. Because of her experience at Marquette, she always held a special place in her heart for the Jesuit order, and her sons eventually attended Marquette High School at her urging.

She and Bob began their family with Richard (1952) and then Robert (1954). Hardship ensued with Hemolytic Disease of the Newborn (HDN). Subsequent pregnancies where problematic, and the next two babies she delivered in 1956 (unnamed) and 1957 (Mark) did not survive. Millie took a hiatus from her dental hygiene practice to raise their family. As her boys grew, she returned to part time dental hygiene. In addition, she returned to Marquette University to pursue teaching in the Dental school. As the family grew up, they spent time vacationing “up north” and visiting relatives both in Spring Lake, and Wausau, and, once the boys were on their own, traveling by car through the states and by plane to California and Hawaii. Shortly after Bob retired, he contracted Lymphoma. He was treated twice, and ultimately passed away on September 23, 1991. He had the joy of being able to spend time with his two grandchildren, Ariel and Taylor, prior to his death. Great Grandma Millie also had the joy of being with her great granddaughter Maddie (Ariel), who affectionately named her “tiny Grandma.”

She was devoted to the Catholic Church and volunteered at the Merrick Center, Christ Child Society, and worked in their resale shop. She was a seamstress, enjoyed knitting and watercolor, and bowled and golfed into her 80s.

Millie and Bob both came from large families and their lives were blessed with many exceptional relatives, especially sharing holidays together. Richard and Bob grew up with no relatives in Milwaukee, but had bases of tremendous love and support in these two towns with their countless aunts, uncles, and cousins.

After Bob’s death Millie remained in the home where she raised her family. She moved into her apartment in Brookfield in 2008, where she lived until Easter Sunday in 2014 when she fell and broke her hip. From the hospital she transferred to Milwaukee Catholic Home, surviving many setbacks in her recovery. There she made many new friends, and especially her aide Georgia and the Chaplin “Jen.” She was loved by all who came to know her.

She was preceded in death by brothers Jim, Phil, Bob, Peter, and Joe, and her sister Helen. She is survived by her sister Cathy Newell and her brother Bill Boomgaard (Sharon). She is also survived by her two sons, Richard DeBroux (Patti) and Bob DeBroux (Holly), Grandchildren Ariel Larson (Garrett) and Taylor DeBroux, and her Great Granddaughter Madeline Larson. Along with too many nieces and nephews to name.

But that is not the whole story of Millie. Her life can be summed up best by the example she set for others. She was full of love and grace, and as she left it behind wherever she went, it grew within her. From her family to her friends to her acquaintances, stories have been told about how she touched people, and made them better by that simple act. She never had a negative comment about others, and a trail of love followed her through life. To her family she was the embodiment of unconditional love. To her friends she was an inspiration as to how to live. She is now leaving them behind, and joining those that went before her. While her physical presence will be deeply missed, her soul will stay with us forever.

DUE TO CURRENT EVENTS NO SERVICES ARE SCHEDULED AT THIS TIME. A MEMORIAL MASS WILL BE CELEBRATED AT A LATER DATE. PLEASE CHECK BACK.
Read Less

To send flowers to the family or plant a tree in memory of Mildred Jane "Millie" DeBroux, please visit our Heartfelt Sympathies Store.

Receive notifications about information and event scheduling for Mildred

We encourage you to share your most beloved memories of Mildred here, so that the family and other loved ones can always see it. You can upload cherished photographs, or share your favorite stories, and can even comment on those shared by others.

Posted Jan 26, 2020 at 06:01pm
My husband and I knew Millie and Bob for many years as members of the prayer group that started at Our Lady of Sorrows and later moved to St. Michael's. She was so kind and a gentle, cheerful person. So glad she is now in heaven with Christ her Savior and her beloved family members.

Posted Jan 22, 2020 at 06:51pm
I'm from the "old" neighborhood in Milwaukee where Millie lived with her husband and raised her sons. (My sympathies to you, Rick and Bob.) I knew the family through our parish- Our Lady of Sorrows. I walk my dog past their former family home and think of her and the DeBrouxs every time! I would later see her at times when she still lived in the area - either joining her when I saw her for a walk in Dineen Park, or visiting when she volunteered at the Christ Child Society at the former Our Lady of Sorrows. You had a neat Mother, Rick and Bob! I hope you're doing okay.
Julie Hanus
Comment Share
Share via:
TM

Posted Jan 22, 2020 at 12:31pm
Oh Millie DeBroux, what a wonderful beautiful person who gifted me as a friend. Working on Prayer & Worship Committee in Our Lady in Sorrows Catholic Church was a treat that I will always have especially our “Last Big Celebration” at Easter with her enormous talents for “seeing” what isn’t there the environment will forever be in my mind as Millie DeBroux will always be in my heart. Thank you and save a place for me 🧡💫
Comment Share
Share via:
MB

Posted Jan 21, 2020 at 09:17pm
My aunt, Millie! What can I say about this woman without sounding saccharine. Millie was my father, Phil's older sister. I was by fortune to have met her when I was probably a little more than a year old., Throughout my lifetime, although our family did not grow up near the DeBroux's, we visited and got to know each other as family. Over the past 15 or 20 years I got to see Millie more often in her home in Milwaukee, stay with her, go shopping, celebrated significant birthdays (90th), and truly appreciate one of the most special humans on the planet. She was a rare combination ease, love, faith and sincerity. She embodied true grace as she navigated life's joys and sorrows. She was the true "heart" of her family. From family lore, stories have emerged in which she really did help raise her eight siblings. My father in his 80s and 90s spoke with her weekly on the phone. I am convinced that he found their relationship one of love and support. As one of her nieces, I felt such a bond with her. I am so grateful for her in my life. She helped me through my mother's passing 26 years ago. If you believe in heaven, she is there. No questions asked! Aunt Millie was an example to us all on what it means "walk the walk" and "talk the talk" of faith. Her love was seemingly boundless. She will be missed. 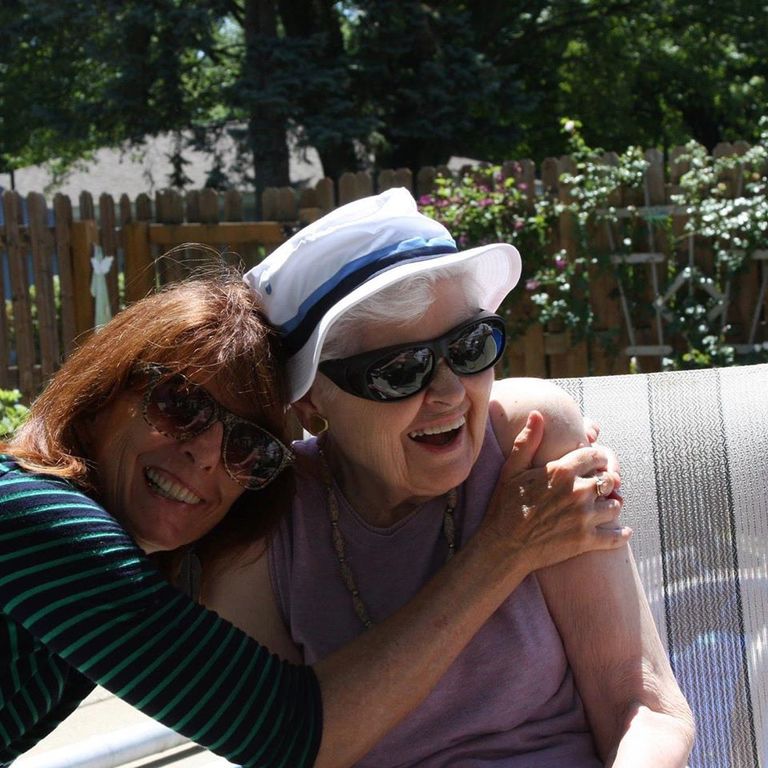 Long time. I will always remember your mom as the sweet , pretty and nicest mom! Lynn 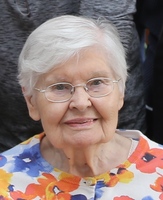 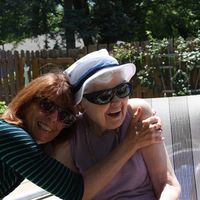