To share your memory on the wall of Norbert Stephan, sign in using one of the following options:

Norbert was born on February 10th, 1925 in the town of Germantown to Anna (Mueller) and Albert Stephan. He was the youngest of six boys: Lawrence, Henry, John, Louis, and Walter. Norbert is also survived by his sister-in-law, Ethel Stephan, many wonderful nieces and nephews as well as friends and neighbors from the Ruby Lawn neighborhood who cared so much for Germaine and him through the years.

Music was Norbert's life. He received a degree in instrumental music from UWM. Through the many years of teaching band in Catholic schools around the Milwaukee area and the Hamilton School District in Sussex, many children learned to play and appreciate music and be part of a band program.

Norbert enjoyed marching in parades. He wanted children to have the same experiences. He founded and was the director of the Cardinal Cadets Youth Band from 1970-1980 in the Milwaukee/Menomonee Falls area.

Norbert played all the band instruments but his favorites were the clarinet, saxophone and bassoon. He played in many bands throughout the southeastern Wisconsin area. Some included the American Legion Band and the Shrine Band. He enjoyed playing weekend gigs in his own Dixieland and Polka bands as well as with various other dance band groups. The last band that he joined when he was 90 was the Tosa Community and Jazz bands and played with them until age 93.

Gardening was a favorite hobby having grown up on a farm. Norbert and his wife prided themselves in having the biggest garden in the neighborhood. They enjoyed sharing vegetables with their neighbors throughout the years they lived in Wauwatosa.

In lieu of flowers, donations (and even used instruments) can be sent or given to the White House of Music Foundation in Norbert's memory. The Foundation provides refurbished instruments to children in band programs around the Milwaukee and Waukesha area.

A special thanks to the staff at the Arboretum and Vitas hospice as well as St. Camillus during his short stay there.

The family asks that all attending the wake and/or service wear masks and maintain social distancing.

Funeral Mass will be held Tuesday, November 17 at 1 PM at St. Margaret Mary Parish, 3970 N 92nd St, Milwaukee. Visitation from 11:30 AM until the time of Mass. Entombment Pinelawn Memorial Park.

Norbert's Mass can be viewed at: https://youtu.be/2QkLyXYvmes
Read Less

To send flowers to the family or plant a tree in memory of Norbert E. Stephan, please visit our Heartfelt Sympathies Store.

Receive notifications about information and event scheduling for Norbert

We encourage you to share your most beloved memories of Norbert here, so that the family and other loved ones can always see it. You can upload cherished photographs, or share your favorite stories, and can even comment on those shared by others.

Posted Nov 21, 2020 at 11:43pm
I just heard of Norbert's passing.
A life well-lived is a precious gift. May you find comfort in remembering someone so special.
Thinking of you with Sympathy.
Your niece ,(Loretta's daughter),
Elaine Bergman Arrowood Wausau, WI.
Comment Share
Share via:
DF

Posted Nov 17, 2020 at 04:02pm
I have enjoyable memories performing with Norb for a number of years with the Oconomowoc American Legion Band. I purchased a used Sousaphone from Norb about 30 years ago.
Comment Share
Share via:
YP

Posted Nov 17, 2020 at 08:36am
I am saddened to learn of the passing of Mr. Stephan. He was a wonderful guy who really cared about the kids he taught. I have many wonderful memories of marching across the State with the Cardinal Cadets and playing for the shut ins during the off season. I truly think that my experiences with the band and Mr. Stephan helped to make me a better person. Unfortunately, I am unable to celebrate his life in person with you, but I wish the entire family well and I'm truly sorry for your loss. Please take care- Yvonne Port
Comment Share
Share via:
JM

Posted Nov 16, 2020 at 11:28pm
So sorry he is not with you Mary. I remember your dad and mom coming along on several field trips to help watch the children . Try to remember the best. It helps a little bit.
He must be among the last of the teachers from Butler State Graded School .
Comment Share
Share via:
PS

Posted Nov 16, 2020 at 08:22am
Deepest sympathies to the Stephan family. I had Mr. Stephan as my band teacher at Templeton Middle School. He taught me how to play the clarinet and taught me to have confidence in myself and my abilities. Thank you so much, Mr. Stephan.
Comment Share
Share via: 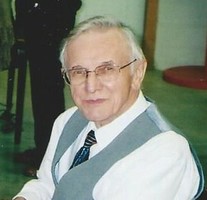