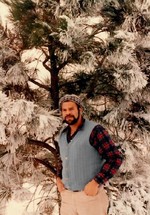 William Phillip Jackson-Burnett was born in Kalamazoo, Michigan on September 6, 1947 to Loretta Mitchell and Clarence Burnett. William grew up in Kalamazoo, Michigan where he attended school. After high school, William joined the United States Army and received an Honorable Discharge in 1967. He then moved to Racine, Wisconsin. He began his college education at the University of Wisconsin -Stevens Point and graduated with a Bachelors of Science in Education from the University of Wisconsin-Milwaukee in 1975.

William’s professional career started as an Early Childhood Teacher, then as a Residential Counselor at Milwaukee County Children’s Home and Detention Center, and ended his career with Milwaukee Public School Recreation Department. William was gifted, talented and loving. He was an avid reader, poetry writer and Chess player. William loved working with his hands. From an early age, he was fondly called “Tinker” or “Tink”. William hand- crafted unique jewelry, walking sticks, furniture, even making a quilt from Crown Royal bags. William loved God, his family, friends, and especially children! He spent much time fishing and camping with his children, nieces and nephews. William was married to Maureen Jackson and that is where the new name “Jackson-Burnett” originated. William departed this life on September 24, 2019 after a lengthy battle with cancer. He was preceded in death by his parents, and siblings: Shirley Wade, Wilhelmina Hayes, and Michael Mitchell Sr. and a special Aunt Gladys Thompson.

In lieu of flowers, donations may be made to The Vine Ministries or The VA Men’s Support Group.