To share your memory on the wall of William Loppnow, sign in using one of the following options:

Provide comfort for the family of William Loppnow with a meaningful gesture of sympathy.

Print
William Townley (Bill) Loppnow, 77, of The Villages, Florida lost his valiant 16-year battle with kidney cancer on Thursday, July 4, 2019, with his loving wife, Barbara, by his side.

Bill was born on April 17, 1942, in Appleton, Wiscon... Read More
William Townley (Bill) Loppnow, 77, of The Villages, Florida lost his valiant 16-year battle with kidney cancer on Thursday, July 4, 2019, with his loving wife, Barbara, by his side.

Bill was born on April 17, 1942, in Appleton, Wisconsin, eventually moving to Green Bay where he graduated from Green Bay West High School and established a profound appreciation for the Green Bay Packers. From there, he attended the University of Wisconsin, obtaining a BBA, Finance while developing many lifelong friendships among his brothers of the Phi Delta Theta fraternity. Immediately after college, Bill took a job with Caterpillar Tractor Company and moved to Peoria, Illinois. It was there that he met Barbara Ann Carver, his future loving wife of 51 years. Bill was enlisted in the National Guard in Illinois before he and Barb were transferred to Oregon where he continued to serve in the Oregon Guard and work for Caterpillar while living in both Medford and Portland. He was honorably discharged from the Oregon Guard in 1972 before being transferred back to Peoria. Other than a three year period of living in Hudson, Ohio, he and Barb lovingly raised their children in Peoria while seeing them through college.

Bill retired from Caterpillar in 2001 after 37 years where he worked in sales, marketing and strategic planning. He also applied his professional skills toward volunteer work with the Central Illinois Memorial Kidney Fund, development of a strategic business plan for the Greater Peoria Mass Transit District, and development of a strategy to implement a Multiple Sclerosis center in central Illinois.

After many trips to various states, he and Barb decided to move full time to The Villages, Florida where he continued to enjoy playing golf and adding to his holes-in-one, achieving a lifetime total of seven. He also developed a new hobby in photography and belonged to various photography clubs where he served as Treasurer for several years. Other activities he enjoyed during his life included scuba diving in Lake Michigan, woodworking, fishing, and having his name unofficially changed to Paca Bill by his grandchildren.

NO FLOWERS PLEASE. In lieu of flowers donations may be made to: University of Minnesota Foundation, KIDNEY CANCER RESEARCH, PO Box 860266, Minneapolis, MN 55486-0266 or through the website climb4kc.org.

Online condolences may be shared with the family at hiers-baxley.com. Arrangements are under the care of Hiers-Baxley Funeral and Cremation Life Event Center, The Villages. Funeral information may also be obtained at the website for Schramka Funeral Home, Brookfield, WI.

A memorial/Celebration of Life service in The Villages, Florida will be held at a later date.
Read Less

We encourage you to share your most beloved memories of William here, so that the family and other loved ones can always see it. You can upload cherished photographs, or share your favorite stories, and can even comment on those shared by others.

Posted Jul 15, 2019 at 07:42am
Many sympathies to Bill's family. I knew Bill thru two photo clubs in The Villages. He was a fun guy to kid with as he had a wonderful sense of humor. He will be missed. May he rest in eternal peace.
Comment Share
Share via: 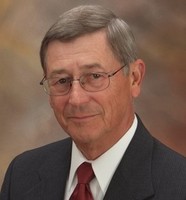